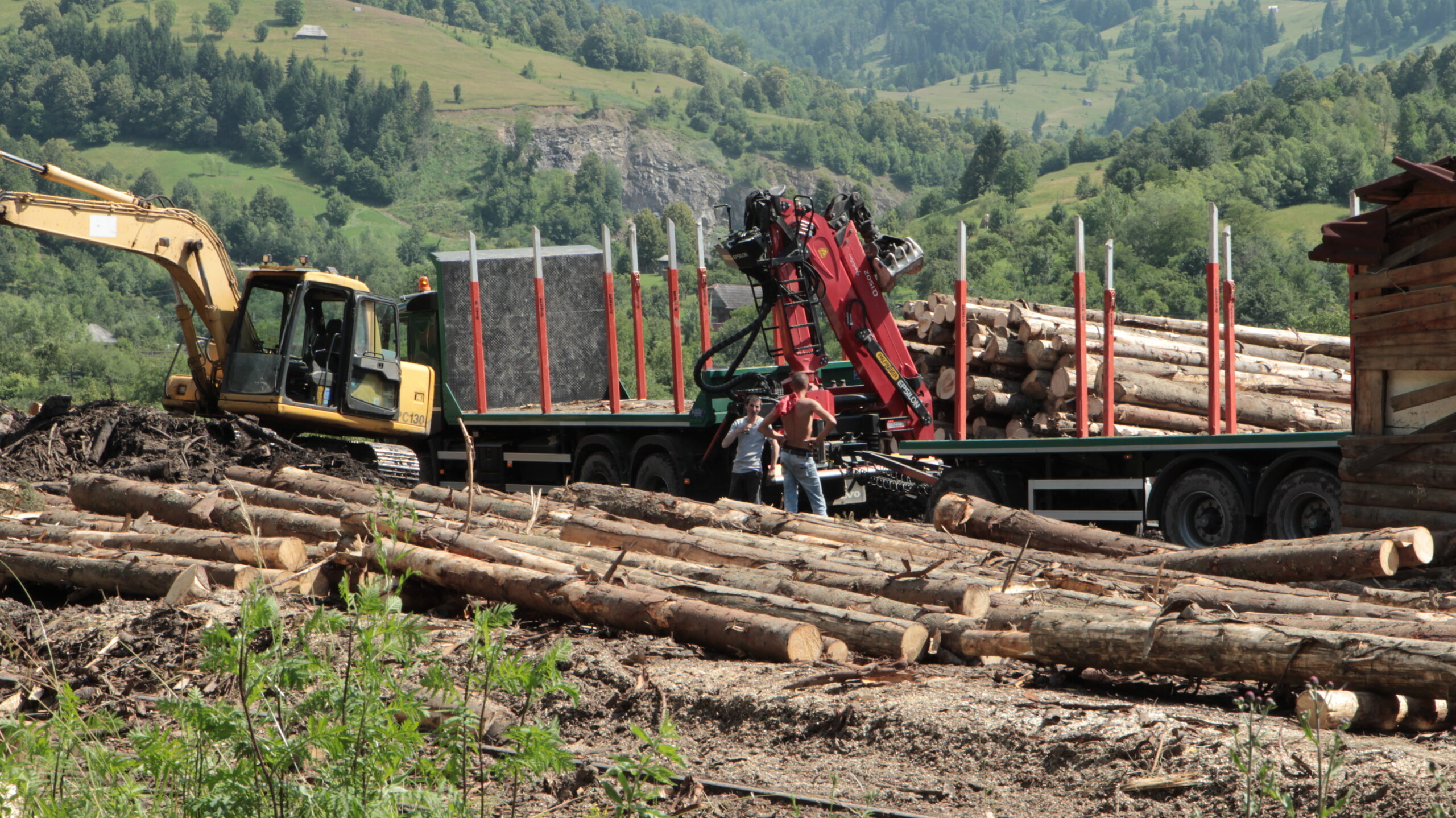 Big on the surface, not so much in essence – a definition that sums up both the documentary and the fight against corruption. Mainly, a James Bond movie where good and evil have concrete names with an incomplete, but happy ending. A story about how through heroism and elbow-grease the individuals can fight the evil almost by themselves. Another TED talk which requires the absence of a follow-up in order to sell, because after some research, it fails to inspire anymore.

The protagonist of the movie is Alexander von Bismarck, the director of the Environmental Investigation Agency, based in US. His main activity is fighting illegal logging all around the world. He travels a lot, he changes his looks very frequently and he acts as potential business partners for random bad guys, thus to obtain some defamatory and scandalous information about them and gain access to their storages and factories. In the film his main focus is on the activity of Holzindustrie Schweighofer in Romania, which after some hard and dangerous investigations, is found to be involved in some pretty dirty activities. The film may look like an well done investigation, but if carefully examined, it is more like a story about von Bismarck and the woods are just scenery to embellish the skills of our superhero.

The cause of all evils, as it is presented in the film, is corruption. And the fight against it is presented as nothing else than the „We, the good people” versus some malignant rich bastards. One of the most emblematic scenes is the dialogue between the protagonist and a young taxi driver from Bucharest. Alexander asks him if he knows anything about deforestation. The young driver answers that „yes, the government is to blame, it is corrupt and also steals from the people”.

The dialogue may be perceived by the naive liberal mind as „folk wisdom” and how „simple” are the people’s demands. The centrists may say “why you, the left, complicate things when everything is clear?” The sad part about this simplicity is that the anticorruption message is so vague, that people are prone to associate themselves with something that can be appropriated anytime by any rising populist „anti-system” movement. Let’s not forget that Brexit, the rise of politicians such as Trump (who almost won his second term) or Bolsonaro are pretty much all based on an „anti-establishment” message. Firstly, we say common sense things such as „fuck the government”, than we slowly wake up with „fuck the welfare state and long live neo-liberalism”. Which nowadays, to be honest, is a common discourse across Eastern Europe.

In a scene about the protests generated by the investigation we can clearly see the consequences of the vagueness of the anti-corruption message. A big banner is waved and on which we can see written „protejăm natura, respectăm scriptura”(we protect the nature, we respect scripture). This guys totally knows what fighting corruption is all about.

The films fails to mention the word „capitalism” even once. Even if it is the obvious kernel of all the problems. We, the Easterners, sell our labour and resources cheap to be able to dream that someday we will catch up the westerners. It is not about corruption, this is about how the outskirts of capitalism works. It is not dysfunctional capitalism; it is capitalism. The majority of poor folk implicated in illicit activities such as cutting and transporting „dirty” lumber are not choosing between options. For them, being part of this corrupt circle is not an option, but THE option.

The film has a more or less happy ending. But how much has changed in Romania in terms of deforestation, 6 years after the protests? Well, Holzindustrie Schweighofer had rebranded. The company is now called HS Timber Group. This is still one of the largest lumber companies in Romania. In addition, they have expanded their activity in Ukraine. Big capital has always known how to adapt, to dribble losses and transform them in profit. Even with the implementation of apps and QR codes for a better lumber monitoring, portrayed in the movie as a possible solution to prevent illicit lumber traffic, the first companies that will be able to adapt to the new changes will also be the big ones. And as it is already known that the capitalist must sell dearer than he has bought, the ones who will suffer first will be the consumers and probably also the housing will become even more expensive.

At some point, Schweighofer and other big timber companies had president Iohannis as their main lobbyist, when he asked for some changes in the Forest Code, arguing that a „cutting quota” is harmful for „the principles of economic and contractual freedom, as essential foundations of the market economy”. And guess what? That didn’t stop him getting re-elected.

While I acknowledge the intention of the film producers to make me angry about the so called big corruption and inspire me to engage in some activism, I remain untouched by all the sentimentalism and glorification of heroism. We need changes, but it is obviously not some heroes, nor some apps. As a first step, we should at least start using the word “capitalism” in our critical discourse and maybe things will go further.